I’m so sorry I actually forgot to ask what aviation related subject you wanted me to focus on writing this week ‘a Pilot Diary’ oops (last week we focused on ‘fear of flying’ read that one here)  so for this week instead I picked one that I get questions about all the time, flight training costs. 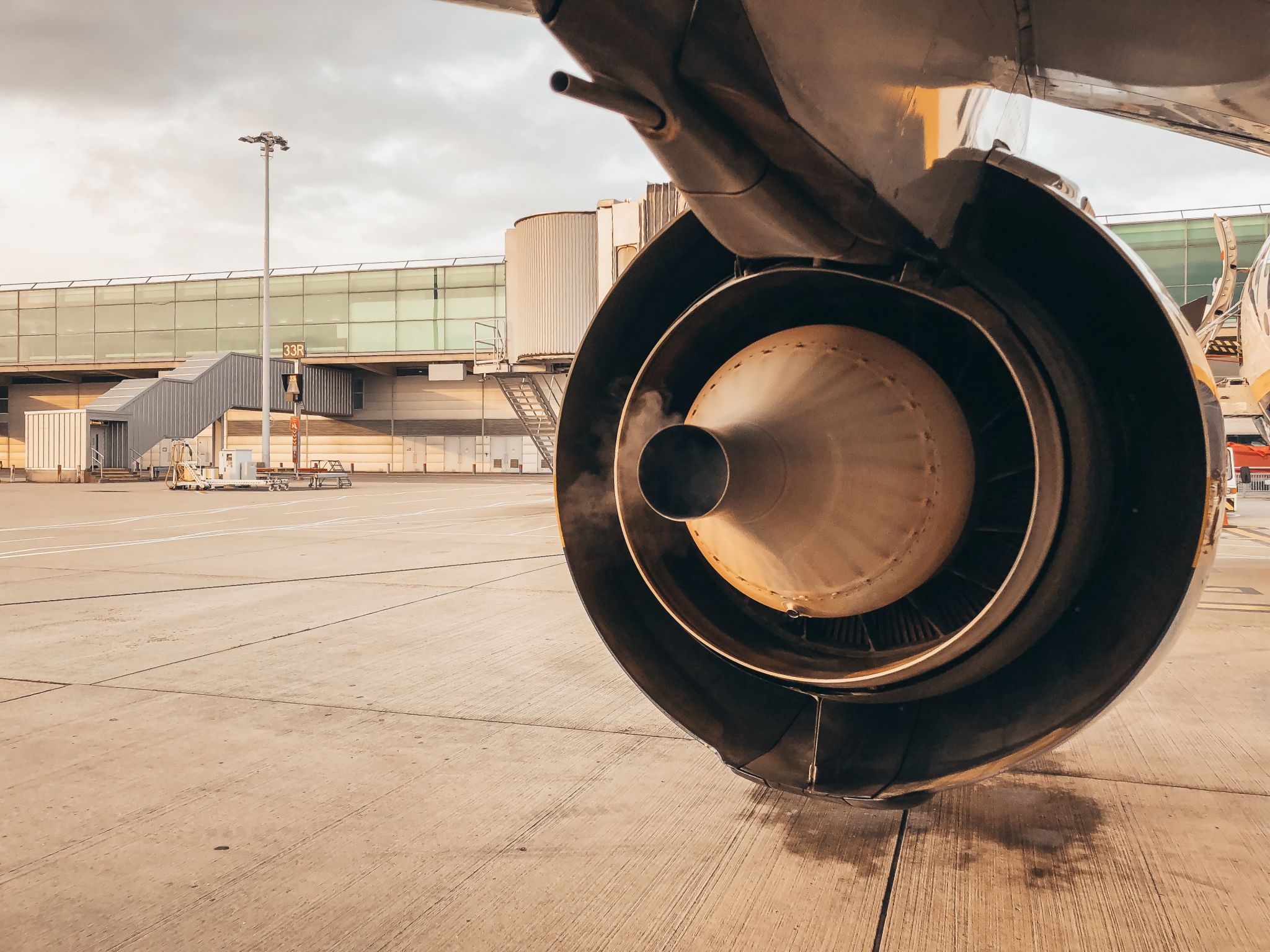 I was 24 when I decided I wanted to become a pilot, before that I was what today would have been called a ‘traveler’ I  work until I saved enough money for a trip booked a one-way ticket to return back home months later when I run out of cash.

So when I 24 years old, just back from a backpacking trip, empty bank account and no savings decided that I wanted to become a pilot my biggest struggle was not to get into pilot training, but how to finance the then Euro 60K pilot training (that not including the Euro 28.5k type rating for the 737 that I had to pay to get the job that I have today) I tried to find scholarships that could help me but I never got a replay from any. So I did what many Swedes do, I moved to Oslo, Norway to work my butt off to save as much as I possibly could. 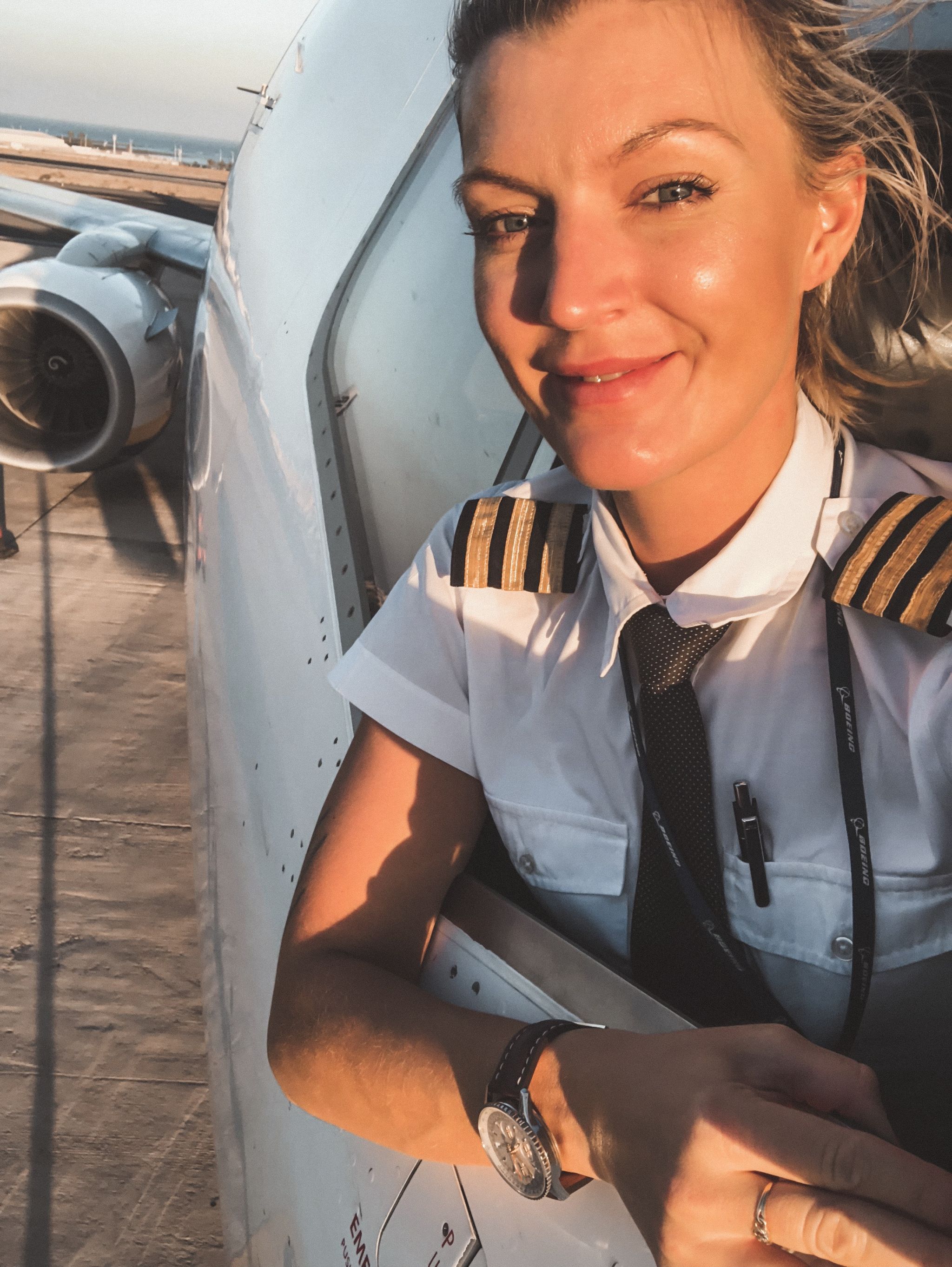 Day 1: I flew to Lanzarote and back, London to Lanzarote has a flight time of approximately 03:40 hours, it’s a long way and the same flight time back. I stocked my flight bag with snacks and the latest issue of Vanity Fair. Down there went pretty quick having a healthy 70 knots tailwind pushing us for a 20 minutes early arrival. On the way back 70 knots headwind slowing us down and I found myself staring out the window most of the way, which is not too bad, the view is my favorite thing about this job.

Day 2: I have a busy flying week ahead and today, day 2,  is the only day where I actually had time to do something before work. Departure time at 18:00 and an easy two sector day to Bari in Italy and back. So before work, I met with a friend in London to go through some photos from our shoot earlier this week and we had a little editing session at Starbucks being two of the annoying people occupying a whole table with camera gear, Mac Books and half drunken coffee that had gone cold long ago. (it was bank holiday Monday so it wasn’t very busy and they didn´t mind us sitting there).

Day 3 Was a standby day and it might sound weird but I was looking forward to just lay in bed in my hotel room the whole day doing nothing. That did not happen and I was called in to operate a Szczecin and Warsaw in Poland. It was a nice day, I love flying to Poland, very few airports manage our 25 minutes turn around like they do, and so friendly too. No matter how tempted I was to stay in bed all day, flying, in the end, is a much better way to spend a standby day, plus I earn more when I fly which helps me pay off my student loans.

After I finished flight training, minus Euro 60K on my bank account and I was ready to take the aviation world by storm, earn the big bucks and pay back my loans within two years was the plan (it´s four years later and I’m still paying them off haha) things didn’t really go as planned and I didn’t get hired as an airline pilot before two years later. During these years of not getting hired as a pilot I worked as Aiport Security and Crew Coordinator, I wanted to stay within aviation, you never know who you meet that might have contacts helping you to get that first job as a pilot. Even if you don’t fly as a commercial pilot you still have to keep your ratings and licenses valid, you have to do a check ride every year, renting an airplane with an instructor costs at least 1000 Euro a year (a couple of flight hours plus check ride). When I two years later almost had to pass on the job because it was expected to pay 28.5 K Euros for the type rating that I didn’t have. I don´t want to sound negative but before you decide that you want to become a pilot before you invest all these money you have to know what you get yourself into, it is expensive and it is competitive so you will have to work hard for it! 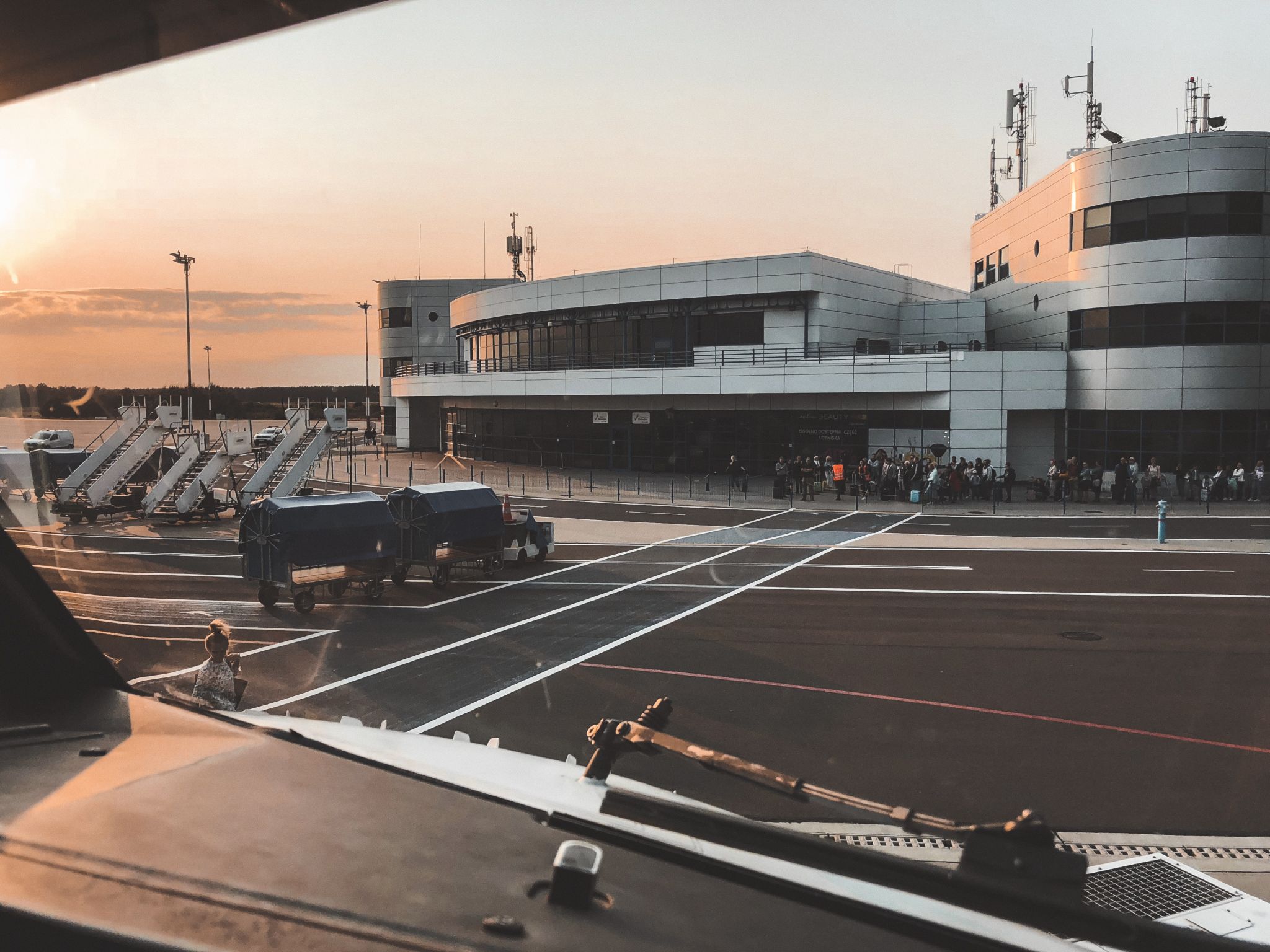 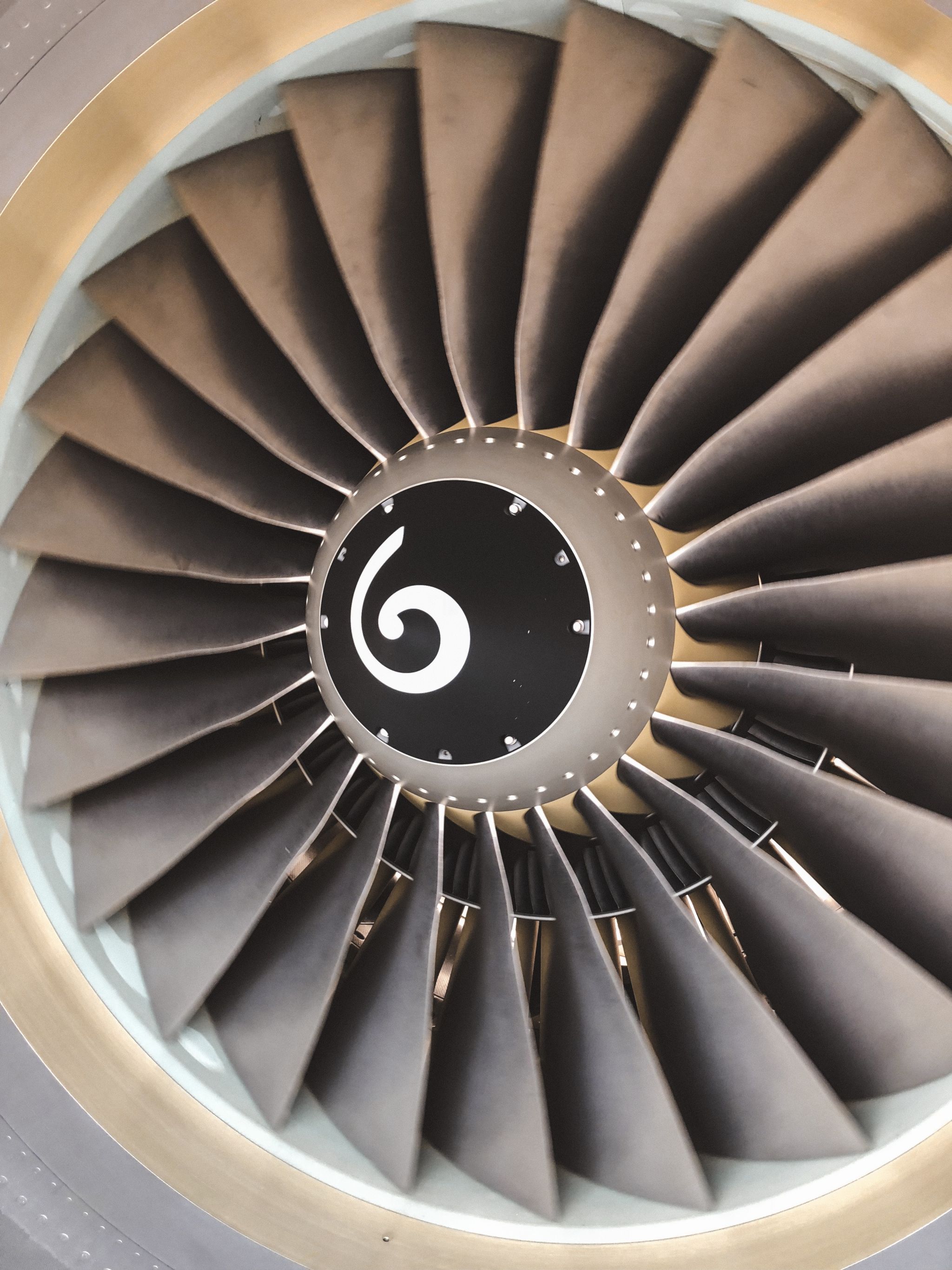 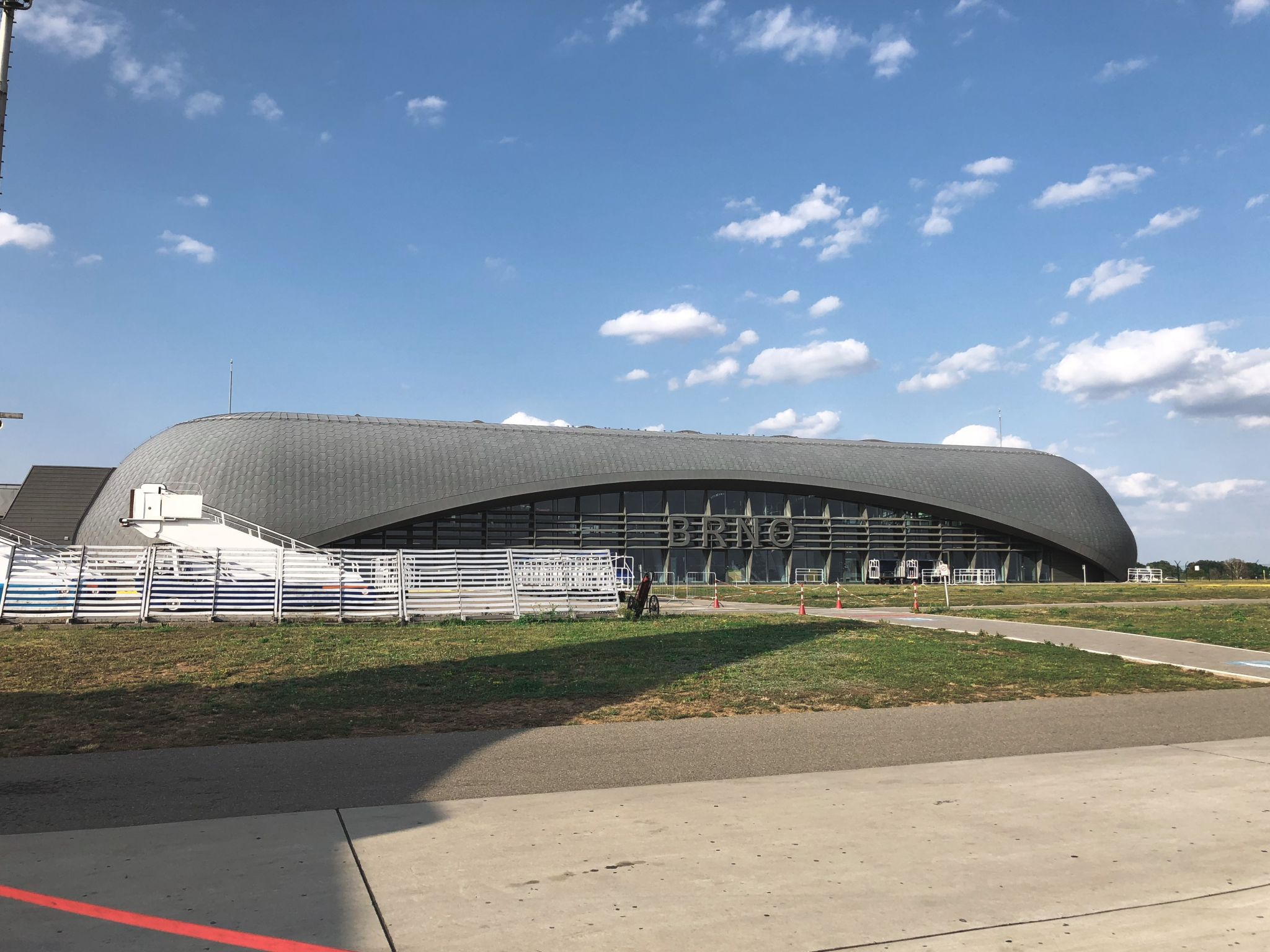 Day 4:  Day four is always the kind of day that’s easy, jet the hardest to go to work. I had a long day, Brno in the Czech Republic and Berlin in Germany. But I like the feeling of going to work knowing that tomorrow will be my last day, don’t get me wrong, I love my job and I go to work every day with a smile, but I love my free time also and these off  days I´m going to Hawaii and Toronto so I was kind of excited for that.

Day 5: I got to fly to an airport I’ve flown to many times as a passenger but never landed myself, so I must say that I was really excited when the Captain let me fly this sector. Copenhagen, and even if every airport looks kind of the same it is a special feeling for me to land in Scandinavia, it feels kind of home. My mother and I have just finished watching season one of ‘The Bridge’ a tv show about a murder on Öresundsbron (great show btw) so everytime I see Öresundsbron I think of that. Another fun fact about that bridge, during my MCC (Multi Crew Coordination course) in 2012 we had some extra time to spare in the simulator and set a bet who could fly under the bridge in the 737 simulators, we both managed with some help from each other, we also did some barrel rolls….turning the motion off before 😉 MCC has now become a must in Europe and a part of your flight training that costs a fair deal since you need to do it in a simulator (simulators are expensive) An MCC course can vary from Euro 2000 (mine was 2500) to Euro 5000, and all these numbers might differ, I can only say what it cost when I did mine and that was over 6 years ago, I can only imagine it costs more now.

After Copenhagen, we flew to Luxembourg, also that a new destination pin for my log book, the Captain I flew with today had written a book and I’m so impressed so I thought I share a link to it here: link 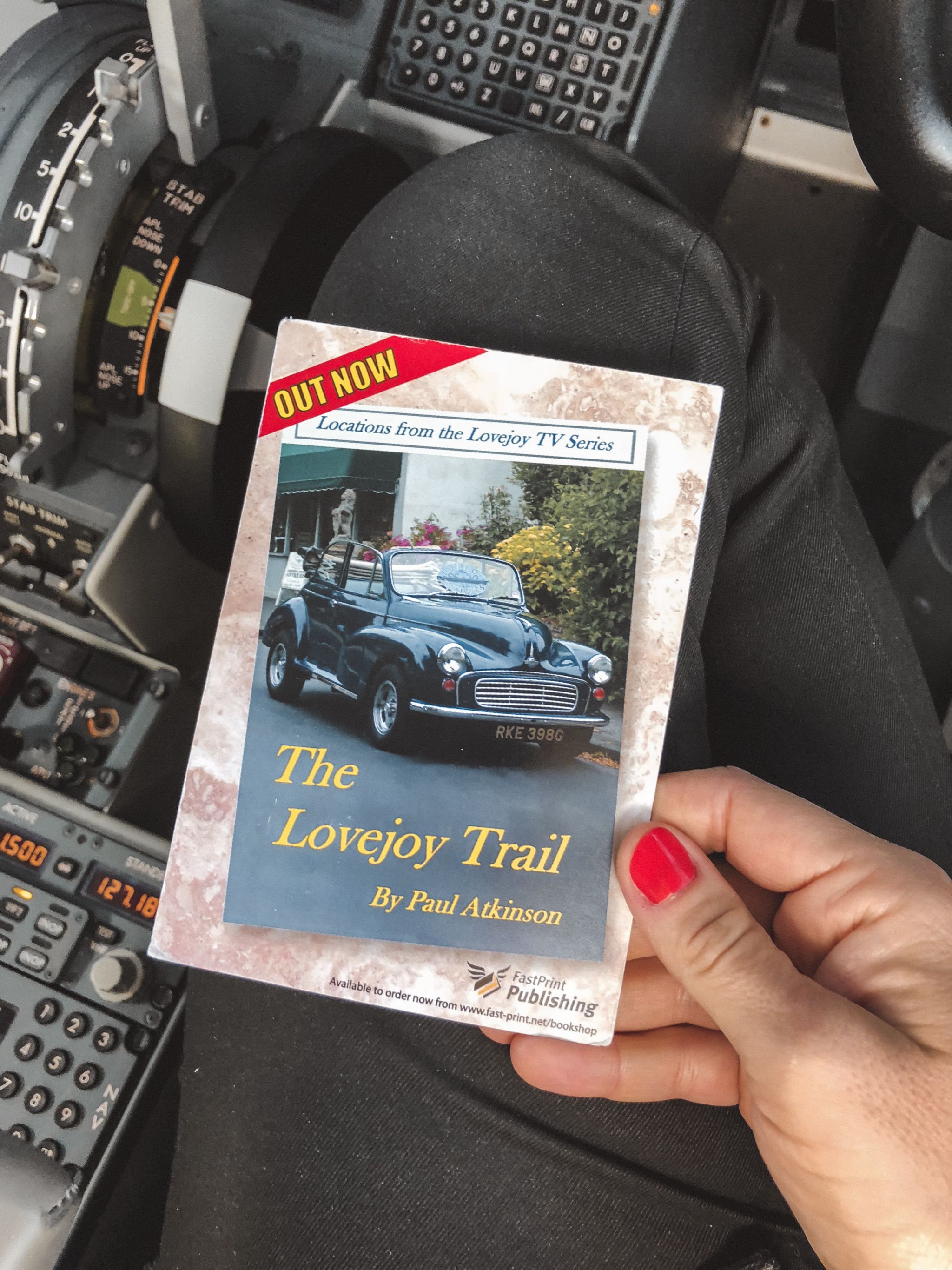 That’s all from me, I’m about to go and jump on a flight to Los Angeles and tomorrow with @kirstyrwilliams to Hawaii, so excited about this, never been to Hawaii and it’s been a long time bucket list of mine.

Taken care, until next time